Published: Does performance on the American Board of Physical Medicine and Rehabilitation initial certification examinations predict future physician disciplinary actions? 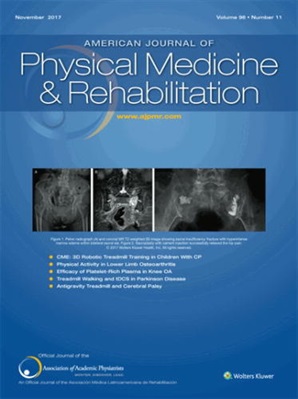 Medical license disciplinary actions (DAs) by state medical boards, resulting from breaches in medical practice regulations or violations of medical ethics and professionalism standards, are publicly reported. These breaches can adversely impact patient care, and identification of early risk factors for physicians could lead to appropriate prevention interventions. Performance in medical school has been shown to correlate with subsequent risk for DAs in medical practice. No previous literature addressed the frequency of DAs involving PM&R physicians or the utility of board certification to predict physicians with higher (or lower) risk for future DAs. This study had two purposes: 1) Determine the overall rate of DAs for PM&R physicians, and analyze any correlation of DAs with gender, practice subspecialty US versus international medical school training, and 2) analyze the relationship between performance on the ABPMR primary certification examinations and the risk of subsequent DAs by state medical boards over the course of a physiatrist’s career.

The data came from 9,889 PM&R physicians who completed residency between 1968 and 2017, and who had Pass/Fail data for the ABPMR initial certification Part I and Part II examinations. The publicly available DA data was reported through the Federation of State Medical Boards.

The overall rate of DAs was 3.6% from 1969-2017, with an annual 1-year rate of 0.65%. We found the demographic factors increasing risk for medical license actions included male sex, with 2.29 times higher risk (p < 0.0001) and IMG site of training, with 2.11 times higher risk (p < 0.0001). The most significant finding in the study, far surpassing the factors of gender or US versus IMG medical school, related to board certification status. Failure to pass both parts of initial certification, or just the Part II examination raised the risk of subsequent DA by 5.8 and 4.3-fold respectively. In addition, score performance on the initial certifications strongly correlated with risk for future DAs, with increased risk noted for physicians with lower (fourth) quartile examination performance. A significantly higher risk for DAs was also found for PM&R physicians certified in Pain Medicine compared with other PM&R subspecialty diplomates.

Conclusion: This study confirmed the predictive ability of the ABPMR knowledge assessment for future DAs, a finding that has been confirmed in previous studies in other medical specialties. Certification examinations serve as proxies for measuring attributes and skills physicians apply to patient care. Medical license DAs reflect practice violations that can adversely impact patient care. Initial board certification in P&R is associated with a lower risk of state medical board DAs throughout a physician’s career, an outcome meaningful to public consumers of healthcare.

Does performance on the American Board of Physical Medicine and Rehabilitation initial certification examinations predict future physician disciplinary action? 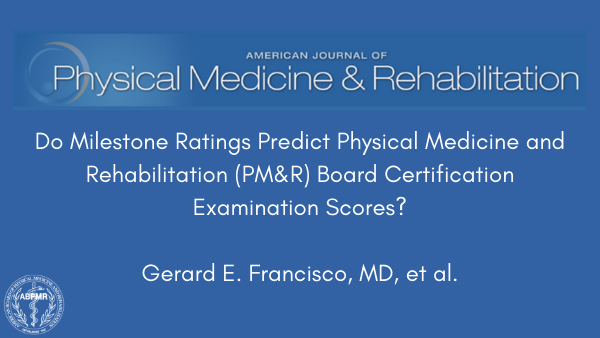 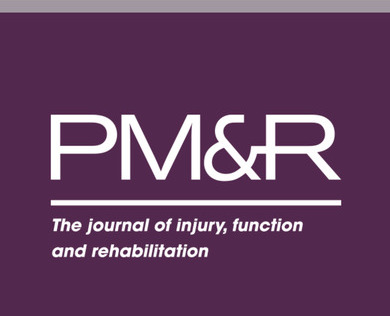 Published: Should There Be A Part II ABPMR Examination?: A Psychometric Inquiry