In 2014, we administered what would become a landmark survey - the 2014 ABPMR MOC Survey. What diplomates shared about relevance, meaning, and burden shaped the decisions and direction of the ABPMR approach to MOC for years to come. After transitioning to Continuing Certification using LA-PM&R in 2021, we're re-administering the survey to assess our progress and continue to improve the program. 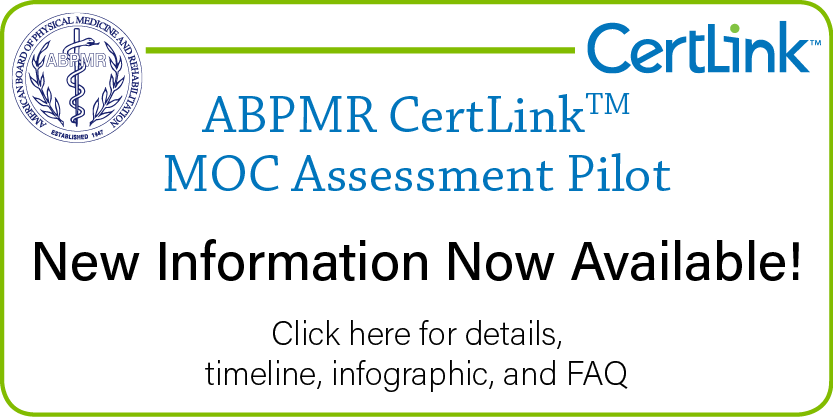 After announcing in April 2016 that the ABPMR would be participating in an MOC Assessment Pilot with the American Board of Medical Specialties (ABMS), we conducted three surveys with our diplomate advisory group on some of the decisions for the pilot. Then, in October 2016, the ABPMR did a major release of new information about the CertLink pilot. You can now read more details of that process, the pilot details, and the results of the three surveys.